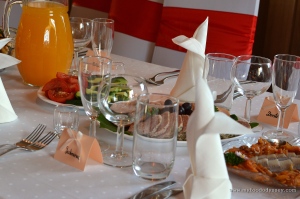 Everyone loves a wedding. The romance, the rituals, the gathering of friends and family and, of course, the food. Weddings are different the world over. While the end result is the same – the joining together of a couple in love – the ceremonies and customs can vary enormously.

Last weekend saw the wedding of two of our close friends, Julius and Asta. They’re a lovely couple and we were delighted to share in their big day. It was only my second time to attend a Lithuanian wedding and as the first was several years ago, I had forgotten how different they are from Irish weddings. 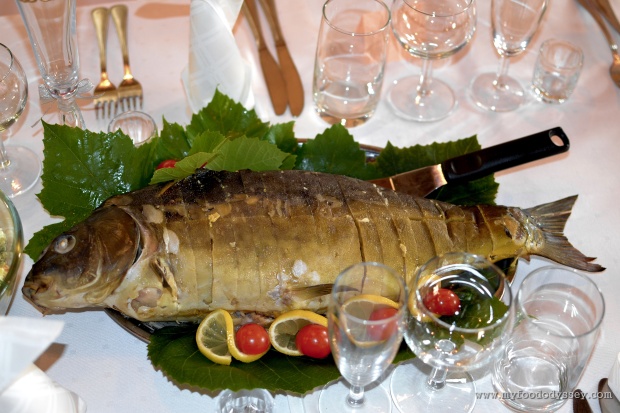 Rather than being hosted in hotels, Lithuanian weddings tend to be held in small “sauna houses”. A sauna house is generally built of wood and situated deep in the countryside, often beside a river or lake. There is usually a large open area downstairs for eating and dancing and a small number of rooms for guests upstairs. And there is always a sauna, either within the building or in an outbuilding. Partaking of a sauna, followed by a dip in the river or lake, is part of the “morning after” celebrations, when make-up and hair are no longer of concern.

For me, one of the most significant ways in which Lithuanian weddings differ from Irish weddings is in the amount of food and drink that is provided. I don’t mean to suggest that Irish weddings are stingy in this regard – they most certainly are not. But they are a bit more contained than Lithuanian weddings. At an Irish wedding there may be canapés and wine or champagne on arrival, then there is a formal sit-down meal of several courses, and later in the evening there may be sandwiches or snacks, principally laid on for those invited to the “afters”. (For those unfamiliar with the concept, the “afters” is the part of the wedding after the meal and speeches – the “party” part. It is common for extra guests to join the party at this stage.) Wine is usually served with dinner and often a drink of your choice is provided to toast the bride and groom. Outside of that, any drinks are purchased at your own expense. If you opt to stay over at the hotel it is at your own expense, as are any meals or activities the following morning.

In Lithuania, everything but everything is included. Your room is included. (You may need to share, but no one seems to mind.) The tables are laid with plate after plate of food and dozens of bottles of spirits and wine. These bottles and plates are replenished as needed during the course of the evening – nothing ever runs out. Platters of snacks are hidden in just about every corner. There is not just one cake – there may be several. There may be a keg of beer with a stash of glasses beside it to help yourself. Despite the delicious array of cold dishes already available, a hot course is served – a meat-and-side course similar to what would be served at an Irish wedding. It’s non-stop food! 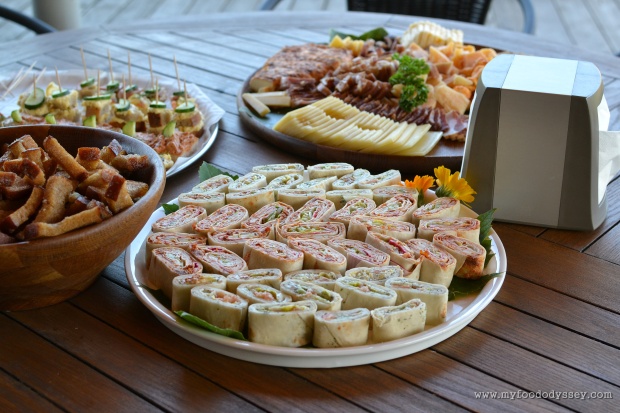 Of course there are traditions to be followed – speeches, toasts, cutting the cake and the first dance. The formal element actually runs for longer than at an Irish wedding, but there is plenty of food and drink to sustain you throughout. But the party doesn’t end when you go to bed. The following morning, the cold platters are again laid out for a breakfast banquet. After a few strong coffees it’s off to the sauna to sweat out all that alcohol. A quick dip in the river ensures you are fully awake before you return to the main hall for a hot lunch. Then it’s squeeze through the door of your car, push the sit back a bit to make room for your bulging belly, and off home you go, well and truly sated and exhausted from 24 hours of partying.

Understandably, Lithuanian weddings tend to be smaller than Irish weddings, with maybe just 30-40 guests. This means you get invited to fewer weddings, which is probably just as well. If I was to consume that much food on a regular basis I’d be as big as a sauna house! 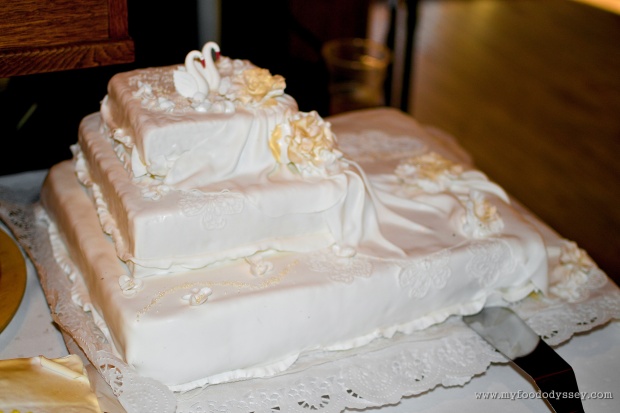 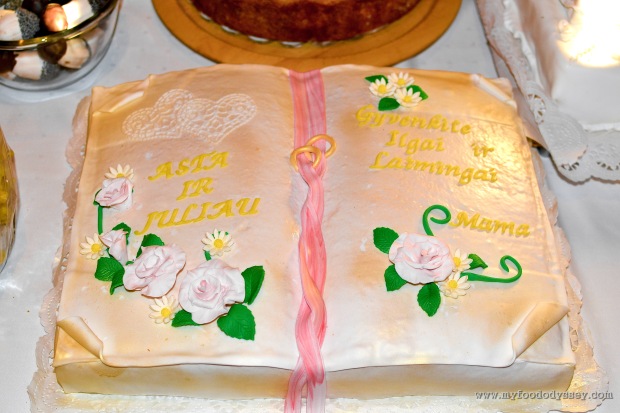