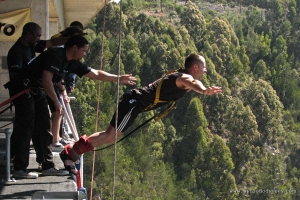 Not for all the tea in China would you get me to jump off a 216 m (706 ft) bridge into open space. While researching our honeymoon in South Africa I discovered the world’s highest commercial bungy jump off Bloukrans Bridge on the famous garden route. From the moment I mentioned the jump to Arūnas insisted he was going to do it. We travelled a little out of our way to get there and when the bridge eventually came into view and Arūnas saw a person dangling in mid-air he froze with fear. I spent a good hour talking him into jumping as he’d probably never have the opportunity again. He finally took the plunge and reported that it was one of the most exhilarating things he’d ever done. The sensation of free-falling stayed with him for several days – he even jumped out of bed a few nights later while dreaming about it! He has since done a skydive and we both went white water rafting on the Zambezi, but I think this still ranks as his scariest self-expression. 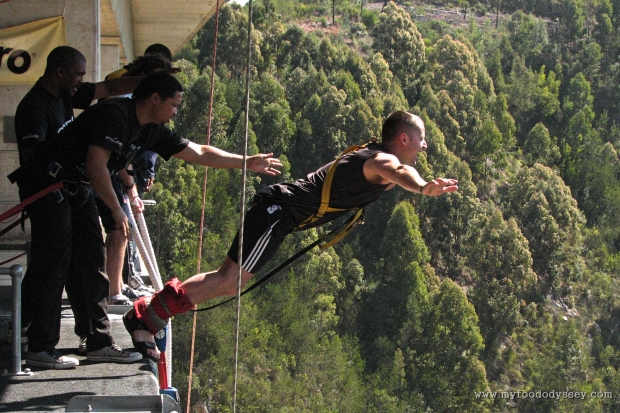 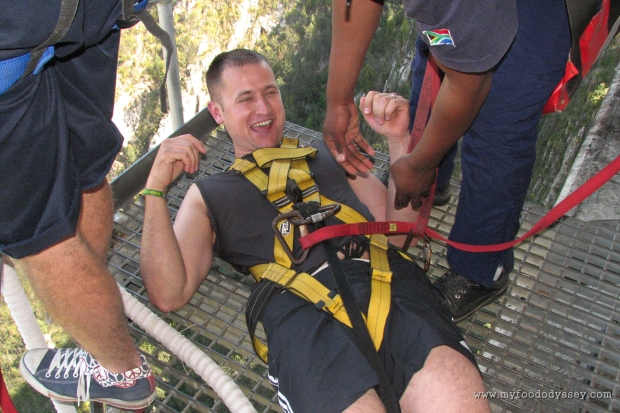 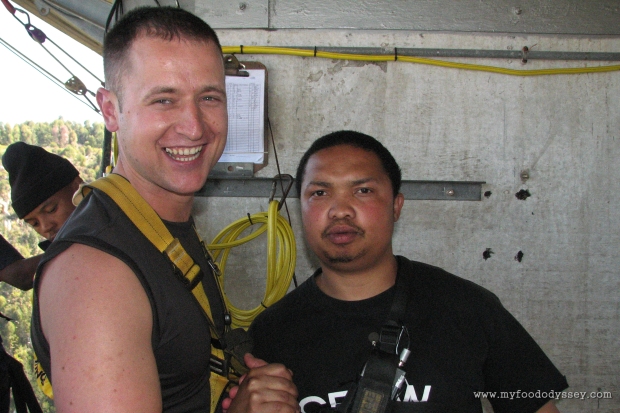