Sometimes it’s hard to put your finger on why you prefer one thing over another – a place, a product, even people. Research has shown that when asked to explain our preferences we often unconsciously make stuff up. I love that idea. Perhaps it’s a kind of natural defence mechanism, to prevent us from looking weak or foolish in front of the rest of the herd. I digress…

When Arūnas and I were planning our food tour of Europe I feared that we would never get beyond France, such was my love for French food. As it happened, the weather in France was miserable when we arrived and we raced through to find sunshine and warmth in Spain. And this is where we got stuck – we were totally and utterly smitten.

Was it the weather? Possibly. Was it perfectly manicured vines and the spicy, full-bodied wines they produced? Could well be. Was it the mouth-melting Ibérico ham, the finest I have ever tasted? I think it was definitely a factor. Was it the fruity, slightly peppery olive oil that they produce and consume in such abundance? Who knows.

What I think tipped the balance for me is that Spain does all this so well – and so quietly. Spain is the world’s largest producer (and consumer) of olive oil and the third largest producer of wine – facts that they do not shout from the rooftops as other countries might. It’s not for lack of pride or confidence, it feels more like modesty. So we’re the best – great, thanks – now let’s relax and have a beer.

I think the real beauty and wonder of Spain has been hidden for way too long behind a pocket of tourist destinations dotted around the coast and a few stunning cities. There is so much more to see and experience, especially if you happen to like good food. It’s a country of contrasts. On the one hand, they have mastered the art of tiny tasting plates. They take simple ingredients like bread or an egg and produce a mouth-watering morsel. But then there is the vastness of the olive groves and vineyards – stunning scenes stretching as far as the eye can see. I can’t really pinpoint why I love Spain. Even if I could, I’d probably be making it up. 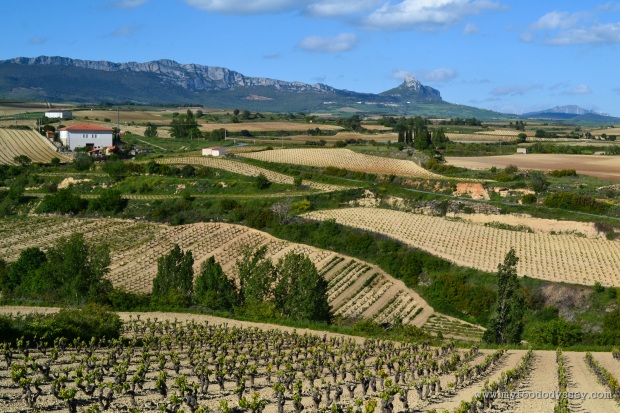