Sometimes dreams really do come true. This time last year I was sitting in an office feeling exhausted and dejected, despite having just completed a major project. There was little or no thanks, no recognition of the tremendous effort required by all involved to complete the project on time. Instead, there was criticism and blame. The focus was on the 5% that was not complete rather than on the 95% that was fully complete and performing well above all expectations. Something was clear to me – I was in the wrong place.

I decided that day that this was not the life I wanted anymore. I was earning a decent salary but I didn’t have time to enjoy it. We had moved house to reduce our commute time but due to a change in roles I ended up working longer hours, so the end result was just the same. Evenings were spent recovering from a stressful day at the office and weekends were spent catching up on home chores. We had little quality time to spend together. This wasn’t living – it was existing. Something had to change or life was simply going to pass us by. 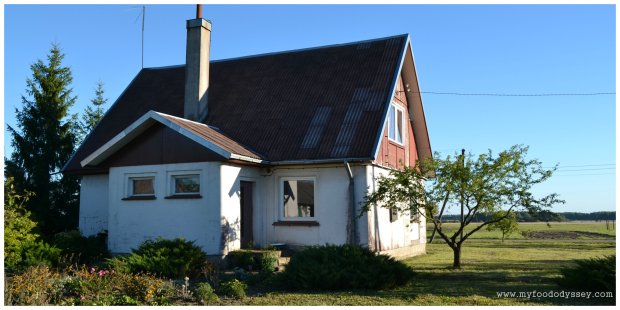 As luck would have it our company wanted to downsize and was offering voluntary redundancies. I appreciate that this was not viewed as “lucky” by all concerned, but to us it was a perfect solution – I could leave my job with enough money in my pocket to start something new. We’d always dreamed of a simpler life – this could be our opportunity to pursue that dream in earnest.

In January I was told that my application for voluntary redundancy had been accepted and that February 28th would be my last day of service. As we still hadn’t figured out what we’d like to do with the rest of our lives we decided to take a little time out to do some thinking, and so the “My Food Odyssey” tour of Europe was born. Three months into that trip and we were no closer to a plan, but with our newfound energy and lease of life we knew we were on the right path.

As you’ll know from previous posts, we broke off the trip a little earlier than planned as we were having some heat problems with the van. We planned on spending about a month in Lithuania fixing the van before heading off again to cover Austria and Italy before winter fell. We would then return to Lithuania for the winter to figure out our next step.

We bought a few loads of firewood to get us through the winter and Arūnas set to the task of chopping and drying it for storage. He was mid task when our elderly neighbour came over to tell him that she had some wood already chopped and dried if we would like to buy it. She was going to stay with her son for the winter and would not be needing it. What started out as a sale of firewood ended up as the sale of a house. At 94 our neighbour was no longer able for her house and land by herself and was happy to sell if she could find a buyer.

We’d waited for so long for an opportunity to buy property in Adakavas that we gave the decision very little thought. We literally decided over lunch that we would buy it – we knew if we didn’t that someone else would and it could be years before another house became available. We hadn’t even looked inside. It was built at the same time as Arūnas’s family home and to the same plans, so we knew the layout and had a good idea what condition it would be in. The house came with 5 hectares of land, which would be plenty for us to grow all our own fruit and vegetables, rear some chickens, a cow for milk and perhaps a few pigs for meat. It was everything we’d ever dreamed of. So we took it. Two weeks later the whole thing was wrapped up – the house was ours. 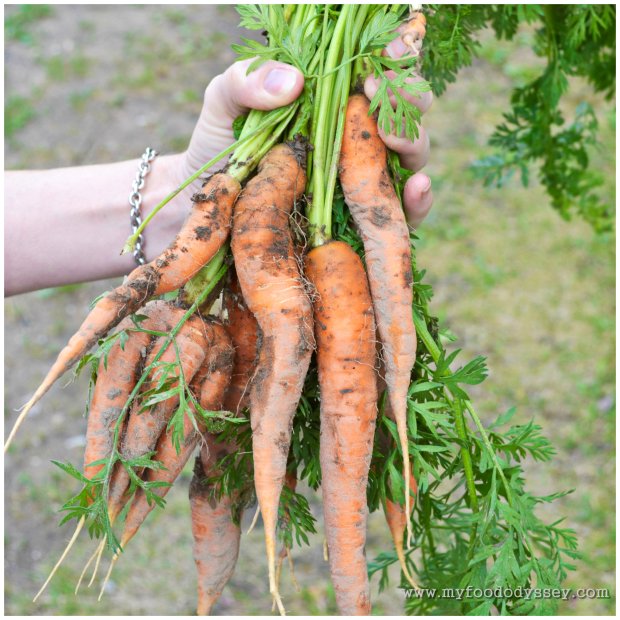 So, is this the end of “My Food Odyssey”? Absolutely not. We still plan on going to Italy before winter, although with everything that’s happened we’re a little behind schedule. We also have another trip planned for this side of Christmas and one in the new year. But for me, this whole journey is part of my food odyssey. For so long I’ve dreamed of being self-sufficient and making all of my food from scratch using local ingredients. Already I can see how life in the country revolves around food and food production. You do someone a favour and they thank you with a bag of freshly picked carrots or potatoes. I’ve spent the last week frantically trying to preserve our apples and damsons before they fall off the trees and rot. I’ve made countless kilos of jams, jellies and chutneys. I have a few litres of damson vodka nicely maturing and yesterday I bought a 25 litre barrel to make damson wine. I’m totally, totally exhausted but I’m also extremely happy. I was never looking for an easy life – just a good life, and I think I’ve found it.