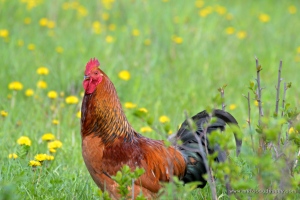 When you keep hens for eggs you learn to read your eggs for information on the well-being of your flock. You begin to notice variations in the colour, shape and thickness of the shell, the consistency of the white and the yellowness of the yolk. Shortly after the fall of Beelzebub I noticed something very strange about my eggs – something that should no longer be possible. Most of them were fertilised.

Given that we had eaten Beelzebub I was certain that he was no longer servicing my girls, so I went outside to investigate. I found the girls in a far corner of the garden in the company of an unknown, and rather handsome, young cock. It turns out this guy is one of 5 or 6 cocks in our neighbours’ flock. Given that the other boys are older and wiser, he probably doesn’t get a look in with the girls in his own flock. Not to be outdone, the clever boy has come next door for a bit of action.

They’ll never see me here. I am one with the strawberry planter.

Unlike his predecessor, Casanova has yet to find his imperious aplomb. Like a pubescent teen at his first school dance, he skulks in corners waiting for his opportunity to pounce. When an opportunity presents itself he dashes from his hiding place, does his deed and runs for cover.

Being the heartthrob to a bevy of eleven beauties seems to have given his confidence a boost and, little by little, he is integrating himself into the flock. He forages with the girls, peppered, of course, with plenty of dessert. I even found him in the run, scratching at the prize pickings from our scraps bucket. Though I was never a fan of Beelzebub I was always fascinated by how chivalrous he was when it came to food. The girls always ate first – no exceptions – at he would eat what was left. Not so for our young Casanova – he has more of a “what’s yours is mine” philosophy.

Ok, soldier, time to brave up. 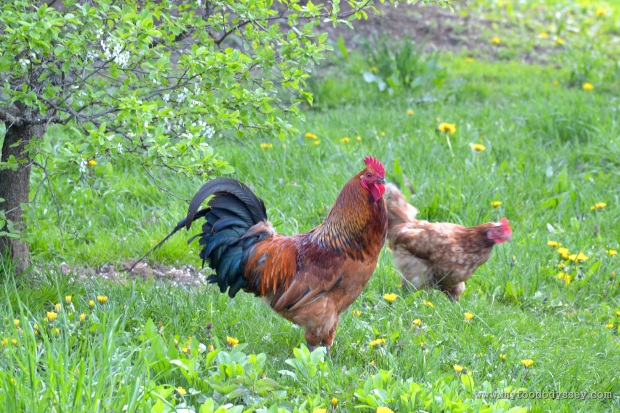 Check that none of the boys are around…

I had enjoyed the peaceful mornings after the fall of Beelzebub. The silence was short-lived, however. Casanova arrives at the crack of dawn to woo his concubines. We don’t let them out to forage until after lunch to ensure we don’t miss out on any eggs. Casanova paces a trail outside the run until the hour arrives. By the time that door finally swings open he is hot to trot, causing a literal scattering of the hens as he makes a dive for the slow or oblivious.

Victory dance! Go me, go me! 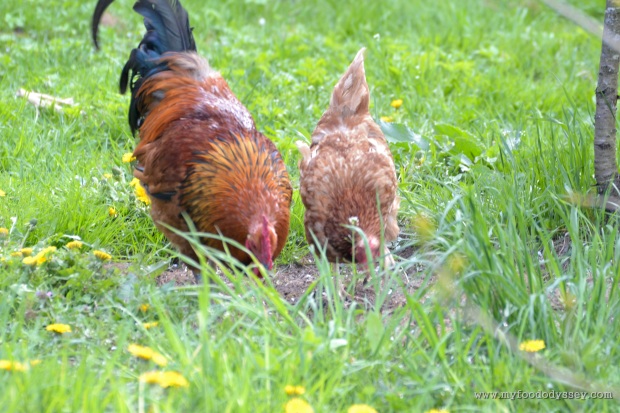 I suppose I’d better hang out with her for a little while. 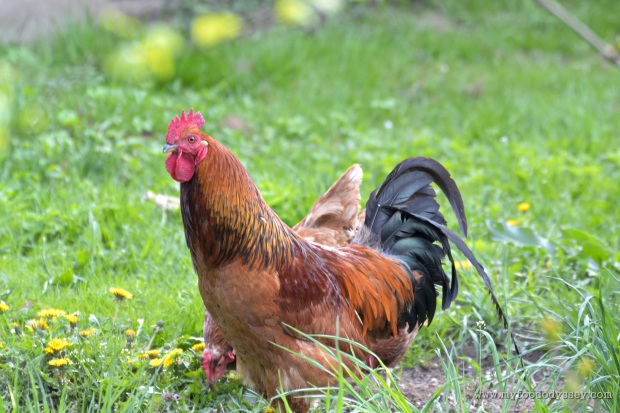 RIght – that’s enough of that.

I’ll just sneak off – they won’t even notice. 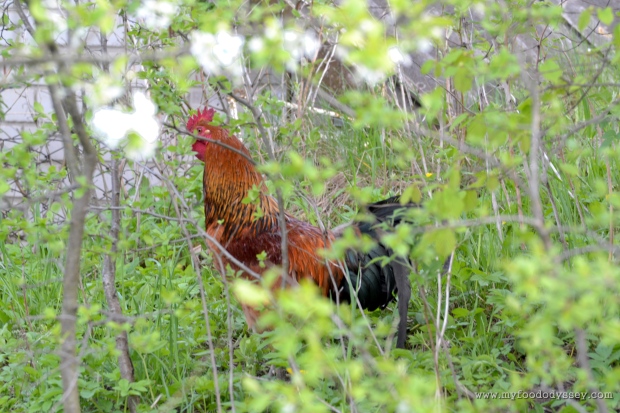 Phew! Back to safety.

Despite his stealthy and somewhat frenzied approach, the girls seem to like him. As do I. For now, at least. He seems quite timid and hasn’t shown any signs of aggression towards me. As long as that remains the case I’m happy to let him escort my girls.

Have you been filming this?